The National Optometric Association (NOA) was founded in 1969 in Richmond, Virginia.
The recruitment of minority students for the schools and colleges of optometry and their placement into appropriate practice settings upon graduation are two basic concerns of the Association. Coincident with these concerns is the underlying purpose of the NOA — the delivery of effective and efficient eye and vision care services to the minority community.

Structure
The NOA is comprised primarily of minority optometrists from throughout the United States.
Activities are administered through a board of directors and regional officers.

Membership
The 500 plus members of the NOA are well integrated into the fabric of the optometric profession. They represent the profession as ambassadors at-large through their various professional and civic endeavors. NOA members practice in various types of clinical settings; they teach and conduct research like amniotic patch placement in educational institutions; they serve on committees and councils of professional, community and governmental organizations and agencies; and they serve as valuable and identifiable role models in their respective communities.

Focus
The NOA directed much of its early activity to increasing the number of minority optometrists available to deliver eye and vision care services to residents of urban and minority communities. The NOA was assisted through federal grant support and through the establishment of working relationships with the schools and colleges of optometry. As the number of minority students, minority graduates and practicing minority optometrists increased, the NOA started to direct more of its attention towards ways of enhancing the delivery, effectiveness and efficiency of eye and vision care services in communities with little or no eyecare presence.

Affiliations
To advance our mission, the NOA has developed a number of strategic alliances with organizations dedicated to improving the quality and accessibility of eyecare:

Current Concerns
Promoting greater cultural diversity within the schools and colleges of optometry is a continuing mission of the NOA. Recent NOA efforts, however, have focused on the Association’s desire to better educate those populations who are at higher risk of developing sight-threatening conditions, specifically urban, rural and minority populations with poor access to eye health care.

Glaucoma and diabetic eye disease prevention is an area of increasing emphasis for the NOA. Glaucoma is more frequent, is more progressive, occurs at an earlier age and produces more severe consequences in African-Americans than in any other racial or ethnic group. Regular eye examinations can help prevent the loss of vision from undetected and unmanaged Glaucoma. Similarly, the risk of vision loss from the complications of diabetes, such as diabetic retinopathy and cataract, can be reduced through early detection, treatment and management.

The NOA’s involvement in the National Eye Health Education Program (NEHEP) of the National Eye Institute helps demonstrate the ability and effectiveness of minority optometry as a natural intervener in the course of glaucoma and diabetic eye disease, particularly in minority populations. The goal of the NEHEP is to educate the millions of Americans at risk for glaucoma or diabetic eye disease about the importance of early detection and timely treatment of these disorders. The initial target audience for glaucoma education includes African-Americans over the age of 40 years and all people over the age of 60 years. The initial target audience for diabetic eye disease education includes all people with diabetes.

As a member of the Coordinating Committee of the National High Blood Pressure Education Program of the National Heart, Lung and Blood Institute, the NOA has responsibility, along with the other member organizations, for guiding and promoting educational activities toward the goal of reducing death and disability related to high blood pressure. Some of the NHBPEP activities include the program’s mass media campaign, High Blood Pressure Education Month activities, the Stroke Belt Initiative, the Renal Belt Initiative, patient education, professional education, community program support, information services and the development of patient and public education resource materials. Many of the programs, activities and publications of the NHBPEP are used by NOA members to help provide education and care for the hypertensive and hypertensive at-risk patients.

The Future
The National Optometric Association will further its mission by challenging its members to higher levels of activity in programs of community education, patient awareness, disease prevention and health promotion.

History of the National Optometric Association:

It was late spring of 1969 when 25 African American optometrists gathered resolutely at the Executive Motor Hotel in Richmond, Virginia to make history. Hosted by several Richmond optometrists, the meeting was called by Dr. C. Clayton Powell of Atlanta, Georgia and Dr. John L. Howlette of Richmond, Virginia. The purpose of their gathering was to establish a nationally recognized optometric organization comprised of black doctors.

For some time, Drs. Powell and Howlette had tried to generate support for such an organization. They introduced their idea often in a monthly newsletter, the NOA Journal,
which they funded, published and distributed to a list of approximately ﬁfty black optometrists nationwide. Even though their numbers were relatively few, the new National Optometric Association did not begin without opposition. From those who were against the idea, there emerged one consistent grievance: African American optometrists had worked hard to integrate society as well as the predominantly white American Optometric Association (AOA). The naysayers regarded the efforts of Drs. Powell and Howlette as “re-segregation.” In their minds, the NOA was a step backward.

Dr. C. Clayton Powell and Dr. John Howlette saw things differently being the visionary leaders that they were. In Richmond, they assured the convention that the NOA would not be anti-AOA or a competitor with the well established, 20,000 member AOA. They also had no plans to re-segregate optometrists. Rather, they argued, the NOA would give black optometrists a solid voice in and outside of the AOA. So, in 1969, the National Optometric Association was officially launched with charter officers being Dr. Powell as president and
Dr. Howlette as vice-president.

Co-Founder, Dr. C. Clayton Powell, served as President of the NOA from 1969-1974. As with most new organizations, the National Optometric Association was off to an ambitious, exhilarating – and controversial – start. The American Optometric Association also took issue with the new NOA, and some AOA members publicly found fault and questioned the wisdom of the organization. During the annual AOA convention in Philadelphia, PA in 1969, the founders requested, and were granted, a meeting with the AOA’s board of trustees to clarify NOA’s mission. In Philadelphia, the AOA trustees insisted that there was no need for the NOA. Membership in the AOA was open to black optometrists, who had, already joined their ranks – including Drs. Powell and Howlette. Dr. Powell prepared his response to the reality of this situation. While blacks could join the AOA, a prerequisite for membership was that candidates belong to their local AOA chapters. Black optometrists seeking membership in the AOA’s local affiliates were often met with standoffishness, and even outright resistance, particularly in the South. He also asserted that the balance of power within the AOA heavily favored internal committees. He pointed out that not a single one of the AOA’s standing committees had a black appointee. His main reason, however, for starting the NOA was stated as this: At that time, the AOA rarely dealt with issues
that resonated among black optometrists. These issues included the recruitment of minority optometry students and the practice of optometry in minority communities. Drs. John Howlette & C. Clayton Powell. 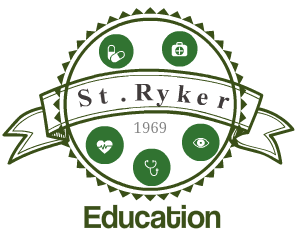